The Story of Marlow Place 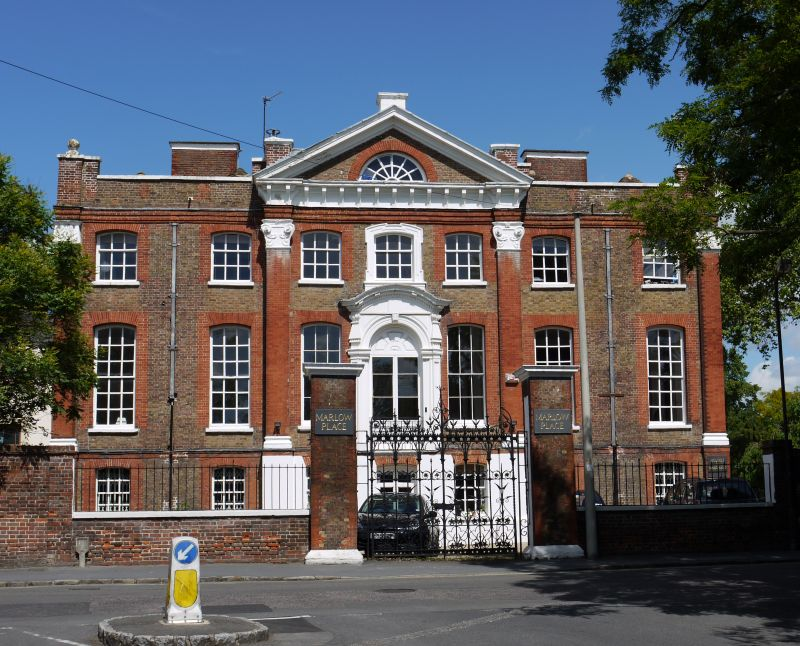 It is difficult to pinpoint exactly how many people have benefited from this glorious country mansion over the centuries since its function has been in a continual state of change. In fact, much of the building’s early documentation was thought a mystery until recent years. Sources dating from the nineteenth century provide solid evidence of its contribution towards education when Marlow Place helped in housing adolescents during their studies and, for a short period, even became the residence of royalty for George II and his son. Repurposed yet again, its function now serves as trendy office space for businesses.

Early accounts state that its first recorded owners were the Farmer family. The land was then purchased by the Borlase family and inherited by great-granddaughter Alice Borlase. Alice married John Wallop and it’s believed that their third son, the first earl of Portsmouth - had built Marlow Place. Its connection with the Borlase family helped to kickstart its ties with education, particularly William who went on to become the founder of William Borlase Grammar School which still exists today.

Once in Alice’s ownership, the story hits a wall, so to speak, or at least until the recent discovery of Alice’s will. Court cases, interfamily feuds, and a debt-ridden son-in-law, Henry Herbert, revealed Alice’s potentially ulterior motive. Her “Capital Mansion” was left to Henry and one other: Ashburton Frowde, an early civil servant and seeming friend. It is thought that Alice might have planned to help better Henry’s finances by passing on the legacy. However, any intent to redirect the bequeathed money failed once Alice died having outlived her legatees.

Thereon, the property was purchased by a non-resident shown on the 1762 Land Tax records and again by the Claytons. Next, purchased by Thomas Williams in 1790s, Marlow Place was rented out until 1921. 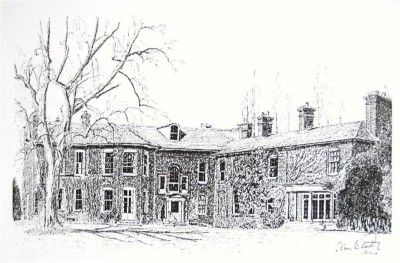 Feathers were very much rustled when Marlow partnered with the Royal Military College, established in 1799 and based in High Wycombe. The junior branch was set up in the ‘Remnantz’ located on West Street, Marlow and for the following ten years, Marlow Place functioned as a boarding house for the junior cadets. When numbers surpassed 400, additional buildings were required to house them all. Amongst Marlow Place included Station Road, Albion House, Cromwell House, West Street & High Street.

Life at the college was a hard slog: days began with a parade; inspections at 6am; prayers; two hours of studying; breakfast and more studying; physical activities, such as “fencing, riding, swimming and the sabre”; dinner at 2pm; studying; an hour of military exercises; supper and one last prayer.

“...the time of their stay at the institution varies but does not very usually exceed a term of three years. they are admitted into the College between the age of thirteen and fifteen years; so that from this, as well as the reason just mentioned, their respective ages in the course of their residence differ very considerably, that is to say, to the extent of sometimes more than five years; while their proportionate statutes vary still more.”

- Surgeon N. Bruce in Principal Diseases Which Occurred Among The Gentlemen Cadets In The Royal Military College, At Great Marlow, Bucks And Sandhurst, Berkshire, During A Period Of Seven Years,

Whilst its military history might evoke romantic images of rural, simplistic life, many fail to remember the uprising of the town folk in response to the cadets’ behaviour. There are reports which list stone-throwing at professors, debts to shopkeepers, verbal abuse of women in the town, and drunkenness. In 1804, there was even an attempted rebellion - the culprits suffered expulsion after having their swords broken over their heads by intervening guards. Not long after in 1811, the college moved to Sandhurst and the property was re-let.

Marlow Place had numerous tenants throughout this time and was even vacant for one period during the 1930s.  Discussions rose of demolishing the building in favour of erecting a cinema, but ultimately the plan failed to gain traction and a cinema was built a few yards west instead. It was later used as a ‘shadow’ factory during World War II, before becoming a girls 'finishing school between the 1950s and 60s.

There are two grade II listed structures in this town: Marlow bridge and Marlow Place. This magnificent architecture is ascribed to Thomas Archer and has been referred to as “a highly ornate box of a house, complete with pediments, pilasters and a grand external staircase”. 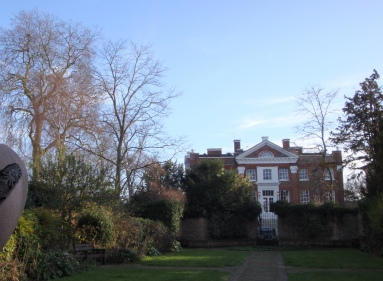 In the small garden known as Archer Court grows an Acacia tree which can be seen in clear view from Station Road. The owners of the tree, Mr. and Mrs. Warren, commissioned preservation of the tree to maintain its health in the winter of 2009. According to the tree council, there are 123,000,000 trees outside woodland in Britain. They can be found growing in gardens, parks, field margins, hedgerows and by the roadside - the majority of which do not have such levels of security. The Acacia’s tender care is a testament to Marlow Place’s national importance.

The house comprises five floors. The basement, previously used to store coal, food and wine. The ground floor, consisting of a kitchen and various reception rooms. The bedroom floor meets the attic; a unique cruciform space supported by two central pilasters made of cornice and pediment stone. A third floor that contains a suite of further rooms and a saloon on the south front which can be entered through double doors. The fourth floor of rooms are smaller and were most likely saved for guests and servants. Nonetheless, its positioning produces quite the sun trap as a result of the south and west-facing windows. The tiles which surround the fireplace depict images of children playing during the early 19th century. This room was later thought to have been a boudoir instead of a nursery due to the satyrs’ heads shown in the plasterwork. Two winding staircases led from the basement to the attic and were renamed the ‘snail stairs’ although the originals were removed during World War II and replaced with concrete as opposed to wood. Finally, at the top is an attic with low sloping ceilings and rafters where residents can steal a glorious view of Marlow.

The team at Bonds feel extremely privileged to play a small piece in the history of Marlow Place and look forward to welcoming our clients and customers to a new location and continuing its story. Joana, Sales Negotiator, adds “We feel extremely proud and honoured that our expansion has landed us somewhere with such heritage and beauty.”

We would love to hear more accounts from local Marlow residents. Our lines are open from 8am - 8 pm every day. Please feel free to contact us if you wish to discuss your property needs or simply have a chat to add and unravel the great narrative of Marlow Place.

A Report of Principle Diseases